Which began in Sicily in September! I flew to Palermo to rehearse with Olga, staying in the beautiful flat she shares with her husband Andrei. 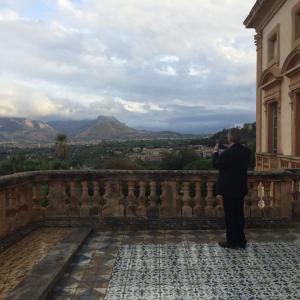 Hanging out at the beautiful Villa Bagheria, lived in by the designer, Marco Kinloch and his family. Somehow the prospect of the snow covered Siberian steppes seemed so distant, and quite amusing to our new acquaintances.

The tour proper began for me on the 20th November when I few from Heathrow to Moscow, weighed down by a suitcase of thermal underwear, new warm boots and an old but solid winter coat dragged out of retirement for the occasion. On arrival the pace was instantly frantic. Meetings with sponsors, including a senior executive official at Aeroflot, and with Vladimir Genin, the composer whose work we were to premiere at the Stanislavsky, and much else was hampered by my inability to negotiate the Underground system. And somehow we had to find time to rehearse.

The first concert was in Kostroma, the overnight train from Moscow was comfortable enough. It was a delight to meet up again with my friend Liana, who had been my guide on a previous trip and although now living in Kazan had made the long journey to Kostroma for the occasion. She took great pleasure in showing me the town where she had lived for many years, in the company of “Baba Vera” her former singing teacher. 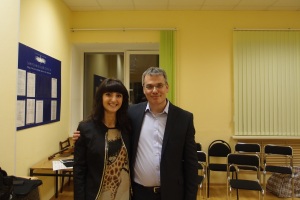 With Liana, after she has done a great job of translating my masterclass in Kostroma!

The programme for the first concert, the only one that involved orchestra, was the Mendelssohn Concerto for violin and piano, as well as the Lark Ascending. I do believe the VW made a great impression, with its delicate sound world, so much so that I was asked to give my copy to the orchestra, signed of course! Such “star” treatment became the norm for me. Throughout the trip I was constantly surprised by the appearance of television cameras and reporters, more often than not 10 minutes before I performed (usually the point I am wondering where my cufflinks are). 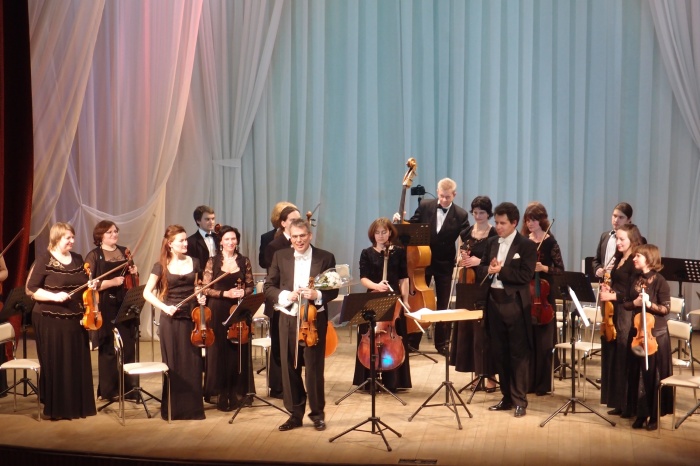 The talented and generous conductor Pavel Gerstein was a pleasure ot work with, and the whole experience, of my first solo engagement in Russia a delight.

There was a sense of “calm before the storm” though as we boarded the sleeper back to Moscow: with a lot of notes in front of us, and three concerts in the next three days, life was about to become a little less relaxed.